Harley Street : Getting there from abroad

Harley Street is chosen for medical treatment and surgery by people from all over the world. Traditionally, many patients have come from the Middle East and countries such as Greece and Turkey. For some people, it may be the first time that they have visited London, or left their own country.

The two major international airports in London are Heathrow Airport and Gatwick Airport.  Heathrow is the main airport for long haul flights and is situated in the south west of London and close to the M4 and the M25 motorways.

The Heathrow Express train is the fastest travel option into central London.  Services run every 15 minutes and the journey time is 15 minutes to London Paddington, or 7-8 minutes more if you’re travelling from Terminal 4.  A standard single fare is £14.50 and a return costs £27.  From Paddington take the Bakerloo tube line to Regent’s Park.  Alternatively, visitors can take the Piccadilly tube line straight from the airport up to Green Park and change for the Central line to Oxford Circus.  London taxis are available from each of the terminals at Heathrow and the approximate cost from Heathrow to central London is £46 to £50 with a journey time of about an hour. Book your taxi to get to Harley Street or for your return journey to Heathrow Airport with Taxi2Airport.com (Heathrow Airport).

Gatwick Airport is located 28 miles (45km) south of London in Sussex, is directly linked to the M23 at Junction 9 and to the A23 London-Brighton road and is a ten minute drive away from the M25 which connects with the UK's extensive road and motorway network.  The Gatwick Express is a high speed link between Gatwick airport and central London.  The journey time to London Victoria is just 30 minutes and a standard single fare is £12 and a standard return is £23.50.  From Victoria either take a short taxi ride to Harley Street or take the Victoria line on the tube to Oxford Circus. Book your taxi to get to Harley Street or for your return journey to Gatwick Airport with Taxi2Airport.com (Gatwick Airport).

The other London airports are London Stansted, Luton and London City Airport which handle both scheduled and package flights.  Stansted Airport is situated just off the M11 and from London drivers take Junction 8a and follow the signs for Stansted.  The Stansted Express train is the fast and convenient way to get to Stansted Airport from central London (London Liverpool Street), with trains departing every 15 minutes and an average journey time of 45 minutes.  It also calls at Bishops Stortford, Harlow Town and Tottenham Hale (change here for Victoria Line).

London City Airport is the UK's leading business airport serving over 30 destinations across the UK, Europe and the USA, with connections to the rest of the world through major European hubs.It is the closest airport to Harley Street.

For more information about train travel in the UK visit Network Rail.

Get your quality of life back and live pain-free once again.

Could the future of joint replacement be 3D?

Could the future be 3D?. 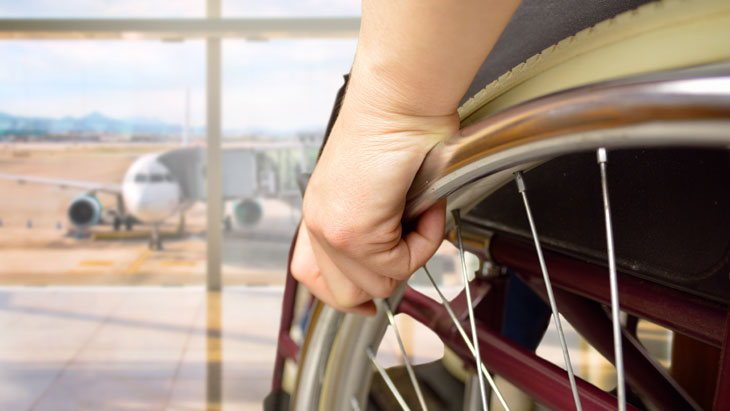